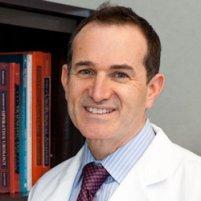 Sometimes, your situation changes, and a vasectomy is no longer the best option for your needs. Whether you’ve remarried or had a change of heart, top-rated urological surgeon Scott Zeitlin, MD, can help restore your fertility with a vasectomy reversal procedure at Los Angeles Infertility and Prostatitis. To learn more about vasectomy reversal, call one of Dr. Zeitlin’s three Los Angeles area offices in Century City or Santa Monica and Tarzana, California.

Why would someone get a vasectomy reversal?

Vasectomies are a popular contraceptive procedure for men. After a vasectomy, sperm no longer leaves your body when you ejaculate. However, your testicles continue to produce sperm, so a reversal may be possible.

Though vasectomies are designed to be permanent, they’re often reversible. A small, but significant subset of men who undergo a vasectomy decide to reverse the procedure.

There are many reasons you might decide to get a vasectomy, and even if you were certain at the time, life can change unexpectedly. One common reason is that you’ve re-married and would like to start a family with your current spouse. It’s also valid to change your mind about parenthood or having additional children.

Vasectomy reversals are more complicated and involved procedures than vasectomies. The procedure involves rejoining your vas deferens so that they can, once again, carry sperm from your body.

How likely is a vasectomy reversal to work?

The procedure is more straightforward and likely to work if you’ve had a vasectomy within the past 10 years, with success rates as high as 95%. Though you can reverse a vasectomy multiple times, the likelihood of success may decrease with each reversal.

Even after a successful vasectomy reversal, there may be other obstacles to impregnating your partner. Dr. Zeitlin is experienced in diagnosing and treating male infertility, and he may recommend additional fertility treatments if necessary.

What can I expect from a vasectomy reversal?

The procedure usually takes two to four hours, depending on the technique used, and you’re asleep during it. You go home the same day.

You may be sore for a few days to a week after the procedure. Dr. Zeitlin provides detailed aftercare instructions and may prescribe pain medication.

It may take six months to a year before your fertility returns after the procedure. Dr. Zeitlin regularly recommends semen analysis at 3 months after to look at your sperm count and quality.

To learn more about vasectomy reversals, schedule an appointment with Dr. Zeitlin online or over the phone.